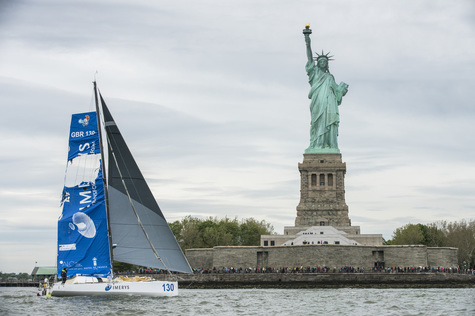 We have supported and partnered with Phil for 15 years and have consistently stood by our belief that he is set to become one of the world's top racers.


​“Sharp’s reaction to the mainsail crisis, which would have undoubtedly aborted the race of a lesser skipper, encapsulates his conduct throughout the entirety of the race: courageous, innovative, relentless.”
The Telegraph, 02.06.2016 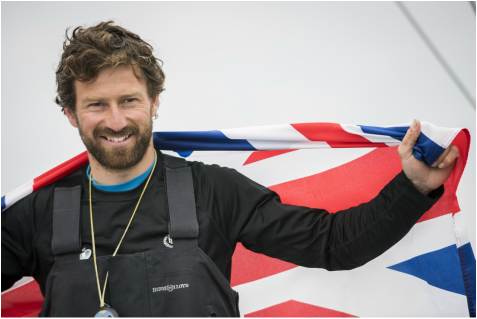 Phil Sharp is Britain’s most successful offshore sailors of recent years. He has achieved top results in the toughest transatlantic races including The Transat, Route du Rhum and Mini Transat.

He claimed victory in the 2006 edition of the notorious Route du Rhum solo transatlantic race, and at his first attempt, finished the Solitaire du Figaro in 2011 as the highest Brit in the history of the race. Storming back onto the Class 40 racing scene in 2016, Phil made an unforgettable podium in The Transat bakerly, despite finishing at the Statue of Liberty with a destroyed mainsail.

Phil reigned as Class 40 World Championship in 2017 and 2018 and now focussed on the Vendee Globe race, for which his team are additionally developing a clean-hydrogen Fuel Cell system that will replace marine diesel generators. With this, he aims to be the first vessel to complete a non-stop circumnavigation without fossil-fuels.

We're proud to welcome Phil to the team as a keynote speaker.  We've supported Phil in his drive towards competing in the Vendee Globe race for several years and have always believed that he has the talent, dedication and drive to become one of the most successful British racing skippers in history.   Phil has impressed us with his fresh and honest account of competing in some of the most unquestionably physically and mentally challenging sporting events on earth.   As a keynote speaker Phil is ideal for corporate events, particularly where clients are looking to reinforce themes such as preparing for success, winning mindset and above all else never giving up.  Please get in touch if you'd be interested in learning more.